Some time ago, the world premiere of the new flagship from Sony took place - the new product is called the Xperia 5 II. The new product turned out to be a compact version of Sony's first flagship in 2020 - Xperia 1 II. However, the presented smartphone is much more interesting than it might seems at first glance. The new smartphone is not only better than the older model Xperia 1 II, but also much more affordable. The device received top-end hardware, an advanced display, cameras for professionals in their field - and all in a compact body. Yes, compact devices are a rarity in 2020, and then there's the flagship - we decided to take a closer look at the Xperia 5 II and talk about its strengths and weaknesses. 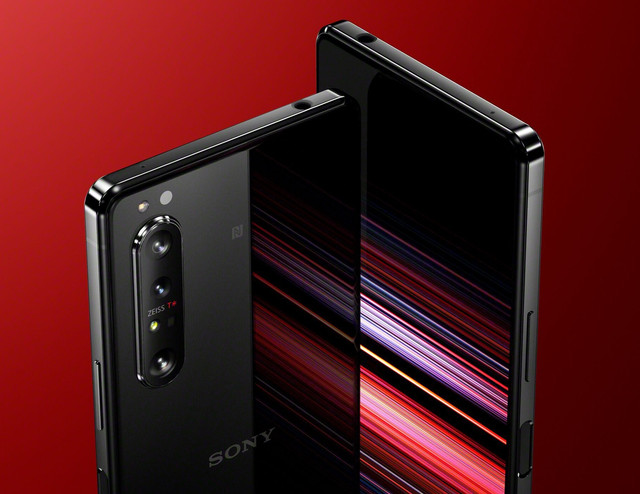 The company decided not to follow global trends and on the back of the device, you will not see a square platform for cameras. The back is covered with hardened Gorilla Glass 5 with 2.5D rounded edges, and the frame is all-metal. It is a truly compact device in dimensions - only 158 mm high and 68 mm wide. The weight is also light - only 163 grams with a good battery capacity. The housing is protected against dust and moisture according to IP65 / IP68 standards.

The back cover offers a mirror finish, which is appealing, but the effect does not last long - it is instantly covered with fingerprints. The smartphone has not lost the 3.5 mm headphone jack, which sits on top of the device, and the fingerprint scanner is combined with the Power button, located on the right side edge. There is also a separate key for Google Assistant. And no, that's not all - even lower is the two-position camera shutter button (auto-focus + snapshot). On the front, there are all kinds of sensors, a camera, and loud stereo speakers! 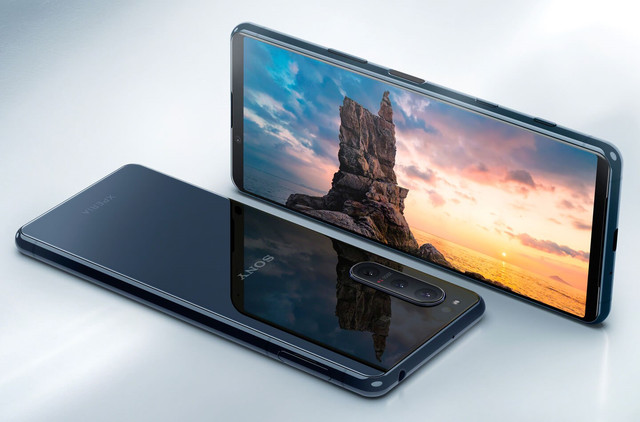 The device is equipped with a compact 6.1-inch display, perfect for today's phone use scenario. All the magic lies in the 21: 9 aspect ratio - great for flipping through social media feeds. There are no cutouts in the display, only thin symmetrical frames at the top and bottom.

Full HD + resolution, OLED matrix, 120 Hz refresh rate. To improve the user experience, the manufacturer also increased the frequency of the touch layer to 240 Hz, to which the responsiveness of the screen is simply amazing. But to save battery in the settings, you can always set the usual 60 Hz display refresh.

But, that's not all: the display matrix supports BT.2020 HDR coverage with Creator mode and calibrated by the professionals at CineAlta. At the same time, no one forbids calibrating the screen to your taste - such an option is provided in the settings. 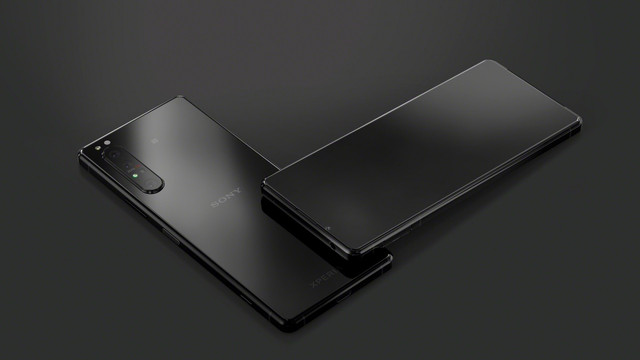 Xperia 5 II - The Most Powerful Hardware

Although the Snapdragon 865+ chipset has long been the best technology on the market, they decided to build the Xperia 5 II smartphone based on the Snapdragon 865. This is not exactly a bad thing, since there is not much difference between the processors and it is only noticeable in synthetic tests.

It is much more important that the company has thoroughly worked on cooling the device and built in graphene plates to reduce the temperature, adding an item with H.S. thermal control to the device settings. With regard to memory - 8 GB of RAM LPDDR5 (for pure Android 10 and the future Android 11 is enough), and a permanent 128 GB UFS 3.0. It supports external microSD cards for up to 512 GB.

The smartphone is equipped with a triple main camera:

The company did not pursue super-high resolution matrices and left the classic 12 megapixel for all photo modules. But for better photo and video quality, high-quality Zeiss optics with Zeiss T coating are used - it provides less glare, increases contrast and provides natural color reproduction.

The standard photomodule received large pixels of 1.8 microns in size with missing sores in the form of a rolling tent and high-speed data readout from the matrix. The downside is that the full potential of the camera cannot be revealed by a standard application: for videographers, you will need Cinema Pro, and for photographers, Photo Pro. The Xperia 5 II is the world's first capable of 4K @ 120 fps video recording and high-speed shots up to 20 fps! Shooting in RAW mode is also included. The front camera can offer 8 MP with f/2.0 and bokeh mode. 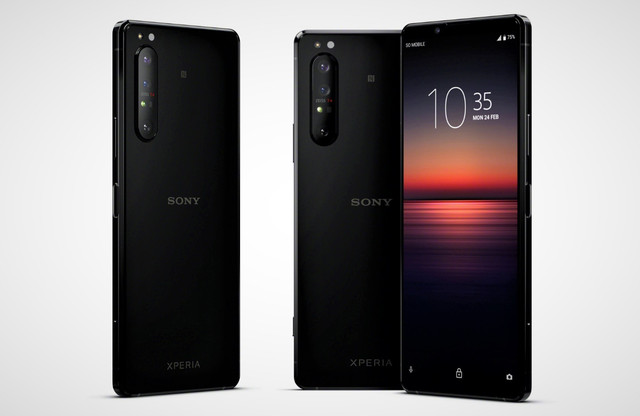 Xperia 5 II – Battery and Other Features

Finally, Sony has joined the pool of manufacturers by maximising its battery life. The novelty received a powerful 4000 mAh battery. Fast charging is present, but the manufacturer does not disclose its potential power (probably up to 25 W).

The device can work in 5th generation networks, and its 3.5 mm jack has eliminated the problem of crosstalk, due to which the sound in the headphones has become even better. There is support for Hi-Res audio and LDAC codec, 350 Reality Audio playback.