Xiaomi's presentation will take place very soon where Chinese company will show a lot of interesting things. The main stars of the event, which will be held on August 29, are the Redmi Note 8 and Redmi Note 8 Pro phones. In addition to smartphones will show smart TVs Redmi TV and the new laptop Redmi Book 14 , but, of course, Redmi Note 8 and Redmi Note 8 Pro - The most interesting. In this article, we have collected all the information that is available before the release of new products. You won’t believe it, but the Chinese can still surprise you! 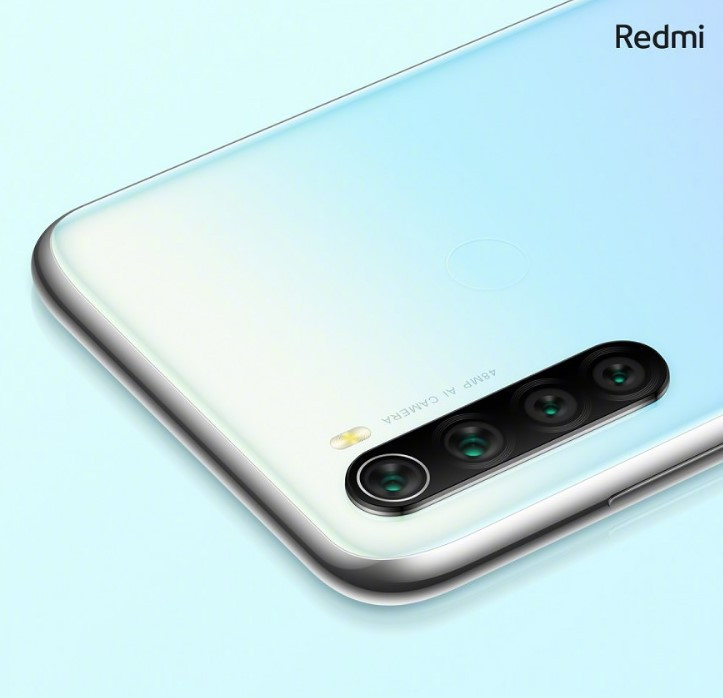 Review Redmi Note 8 - the new standard of the middle-class phone.

Redmi Note 8 will fix all the shortcomings of its predecessor. Redmi Note 7 was praised for a lot, but it also had flaws. The most important is the lack of NFC . The presence of Redmi Note 8 chip for contactless payment was confirmed at the official level. The company’s representatives also said they had done a great deal on the device’s design. The fingerprint scanner will fit in line with the camera lenses, as well as add new unusual colors. According to unofficial data, it will be an emerald color. Screen Redmi Note 8 hardly something will surprise you - it will be a classic the IPS - display with an aspect ratio of 19.5: 9. It will occupy a little more than 85% of the front panel of the device. Under the front camera, they will make a drop-shaped cut-out - no surprises here.

Qualcomm’s new processor, Snapdragon 665, will be responsible for the speed of the new product. The chipset was announced in April 2019. It meets all modern requirements: base clock frequency of nuclei is reduced to save power process technology - 11 -n m for graphic processing speed corresponds to a video accelerator Adreno 610. Snapdragon 665 - this is not a top chip but very balance option. This is just what you need for a mid-range smartphone. Under memory, Redmi the Note 8 should allocate s 3/4 GB, and a built-32/64/128 GB. In Antutu, Redmi Note 8 will be matched to 200,000 points.

There will be three cameras with Redmi Note 8: the main one - 48 MP, an additional wide-angle 13 MP and a camera for estimating the frame depth at 2 MP. A standard set, but most likely Xiaomi will offer it to us for a very sane amount.

As of Battery of Redmi, the Note 8 will be at 4 000 mAh and fast charging capacity of 1 0 Tues. We will not guess the cost of Redmi Note 8 . Let the Chinese surprise us with you during the official presentation. You can familiarize yourself with the preliminary features of Redmi Note 8 below.

Processor: eight-core Snapdragon 66 5 chipset with a maximum frequency of up to 2.0 GHz, 11-nm manufacturing process

Redmi Note 8 Pro is a sub-flagship smartphone. Yes, it will be positioned as a mid-range smartphone, but in fact, it is a lie. It more is known about the Pro version than the basic version. The main difference Redmi the Note 8 Pro from Redmi Note 8 - is a more powerful processor and gamer-oriented smartphone. For a long time, there were rumors that Redmi Note 8 Pro will receive a processor from Qualcomm 700 series. However, the other day, a banner appeared on the page of the MediaTek chip manufacturer in Weibo, which confirms that the Redmi Note 8 Pro will be built on the basis of the Helio G90T chipset. The aforementioned processor was introduced last month and will exclusively debut on the Redmi smartphone. The latest chip is built on a 12-nm process technology. It consists of eight cores, divided into two clusters: the first - two ARM Cortex-A76 cores, the second - six Coretex-A55 cores. The maximum core frequency is 2.05 GHz. For the graphics processing speed on this chip, the Mali-G76 video accelerator is responsible. The main feature of the Helio G90T is support for the 64-megapixel camera module. You wont be surprised, I assume, but Xiaomi decided to use this potential. The “star” of the rear panel of the Redmi Note 8 Pro will be Samsung's 64-megapixel camera. Three more cameras will help her to take good pictures: 13 + 2 + 2MP. How good would such a camera be? We think the pictures will be just great.

From the teaser, which was published by the head of the company Redmi, the facts about the new smartphone became known. In a short message, there is information that the Redmi Note 8 Pro will receive fast charging at 18 MP and a battery at 4,500 mAh. Also, onboard the smartphone will have a liquid cooling system, which means that on the Redmi Note 8 Pro you can and will need to play. Of course, because the latest testing of the Helipo G90T chip showed that the processor knocks out more than 200,000 points in Antutu - this is a very decent result. 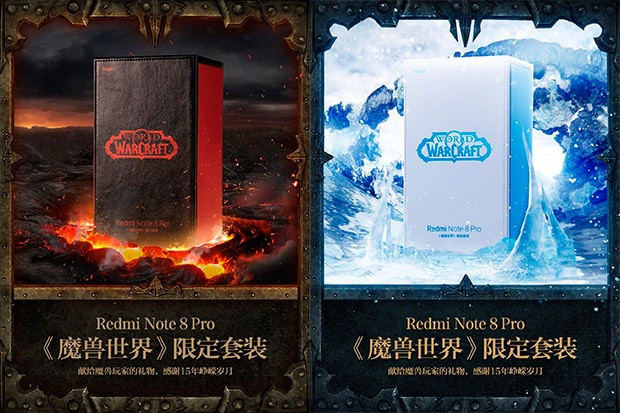 If you think that the surprises are over - you are mistaken. In addition to the usual versions of Redmi Note 8 Pro, special smartphone modifications for Word of Warcraft fans will go on sale.

This is information on the official Redmi account in Weibo. Redmi Note 8 Pro World of Warcraft Limited Edition will be available in two versions. One will receive a red-black box, and the other a white-blue box. The contents of the gift edition are currently unknown. This collaboration is dedicated to 15 years of the game. The rest of the details about Redmi Note 8 Pro will be revealed on August 29. It’s not long to wait!