Huawei Mate 30 - photo flagship with a beautiful design, as well as an incredibly powerful Kirin 990 processor

Recently Huawei introduced two of the latest flagship Mate 30 and Mate 30 Pro - the announcement of new products took place in Munich. Despite the sanctions from the United States, due to which Huawei had a lot of problems, the manufacturer decided not to give up and go on the planned road. As usual, the Mate 30 and Mate 30 Pro turned out to be the most advanced Huawei devices, because they were the first to try the latest flagship chipset Kirin 990, new camera features, new displays and everything else. There are two smartphones, and there is only one article, so today there will be an analysis of the younger flagship - Huawei Mate 30. What is interesting about the device and how innovative it turned out, you will now find out.

Huawei Mate 30 - review and specifications of the latest flagship

The first thing to start with is design. Compared with the Huawei Mate 20, the new product has visually changed and became prettier. There are few changes in front, yet the screen is frameless, you can’t especially experiment here, but Huawei succeeded. In general, the drop-shaped notch changed to a monobrow and this is not quite what we expected, but this solution excused by a full-fledged 3D face scanner that installed in the new product, as well as a motion sensor, which is responsible for managing gestures. At the back, the Mate 30 looks completely different. Only the presence of 4 cameras reminds of last year’s model, but the platform itself changed from square to round. A large LED flash appeared, new body colors appeared: green, orange, silver, green, purple and black. Same as before, the device is made of glass (tempered front and rear) and metal.

Unlike the Huawei Mate 30 Pro, the regular Mate 30 received a flat screen (without extreme rounding on the sides), which is more reliable and it’s cheaper to repair. The screen is represented by one of the best OLED-matrixes with a resolution of Full HD + with a diagonal of 6.62 inches. Excellent screen color reproduction is achieved due to 100% coverage of the DCI-P3 color space, plus the screen supports HDR10 mode.

The smartphone can also boast with the top-end Kirin 990 processor, which is comparable in power to the Snapdragon 855. At the same time, the Kirin 990 focuses not on classical performance, but on neural computing thanks to the new 1 + 1 Da Vinchi neuroblock. But if you want to play, then for these purposes there are two technologies that improve the gameplay: Kirin Gaming + 2.0 and GPU Turbo. As for memory, the Huawei Mate 30 offers a choice of 6/128 and 8/128 GB with the memory type RAM LPDDR4 and ROM UFS 3.0 (+ nano-format memory cards are supported).

Naturally, the flagship Huawei Mate 30 has got some of the best cameras on the smartphone market. A feature of the device is that it is capable of writing slow-motion video 720p @ 960 fps, as well as 4K with a frame rate of 60 fps. As in the previous generation, the Mate 30 offers an unusual type of matrix RYYB, which better copes with color reproduction, as well as shooting in poor conditions. The remaining parameters of the Huawei Mate 30 cameras are as follows: 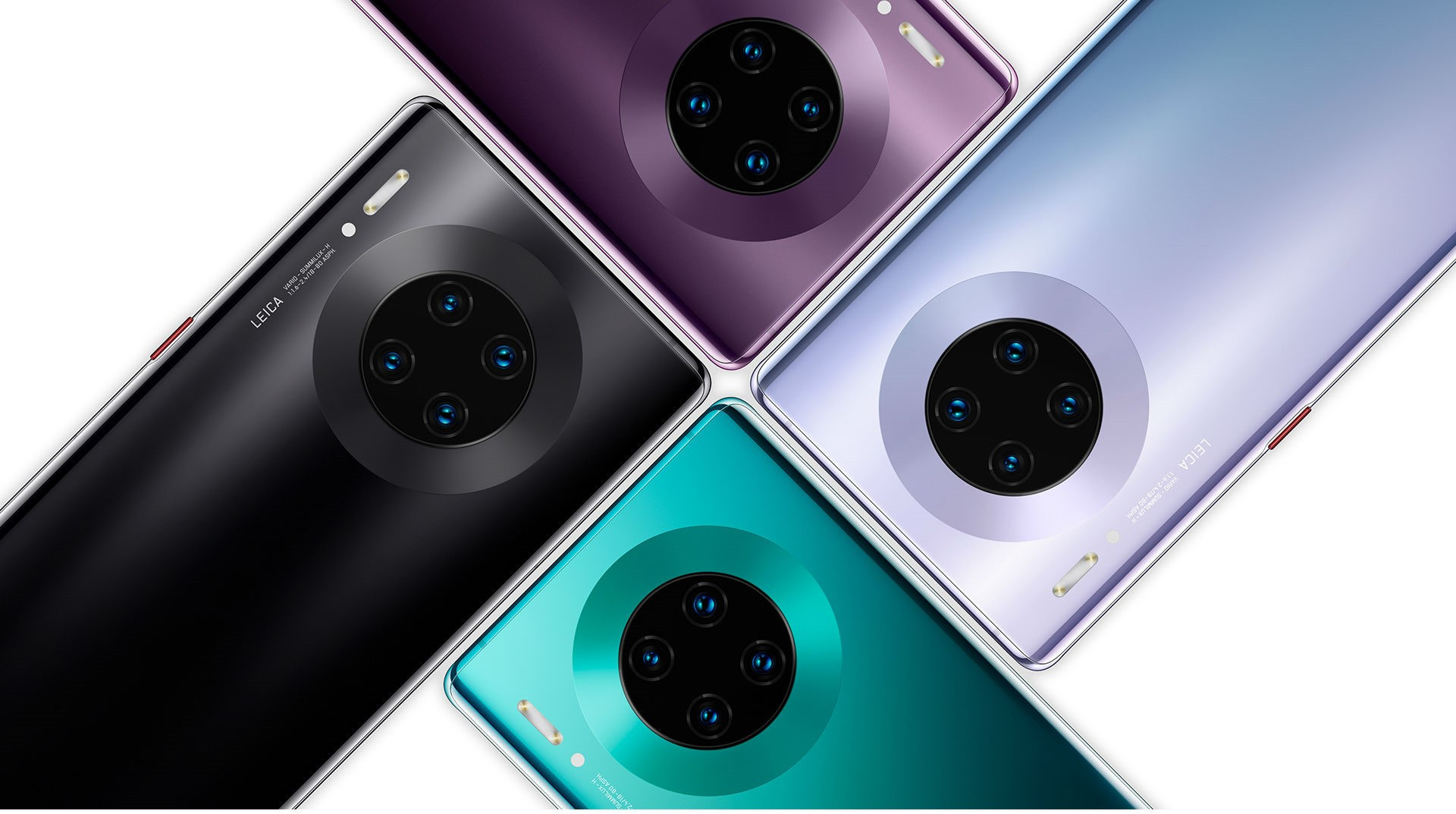 They equipped the device with a powerful 4200 mAh battery with support for charging up to 27 watts. It is worth noting that the device has the latest Type-C 3.1 port with Display Port 1.2 support, an NFC module, a Bluetooth 5.1 module, as well as a GPS module with dual positioning L1 + L5.

Huawei Mate 30 is the company's first device without Google services. This means that it comes out of the box without Google maps, PlayMarket, YouTube and other applications from Google. All this is due to the fact that Huawei has US sanctions. However, Huawei solves this problem using the proprietary AppGallery app store, where you can download the missing Google utilities. The operating system in the smartphone is the latest version of Android 10.

Finally, the official cost of the Huawei Mate 30 in Europe is 799 euros for an advanced model with 8/128 GB of memory. That is, a device with 6/128 GB will be even cheaper, and this is a very reasonable price for such a set of characteristics.